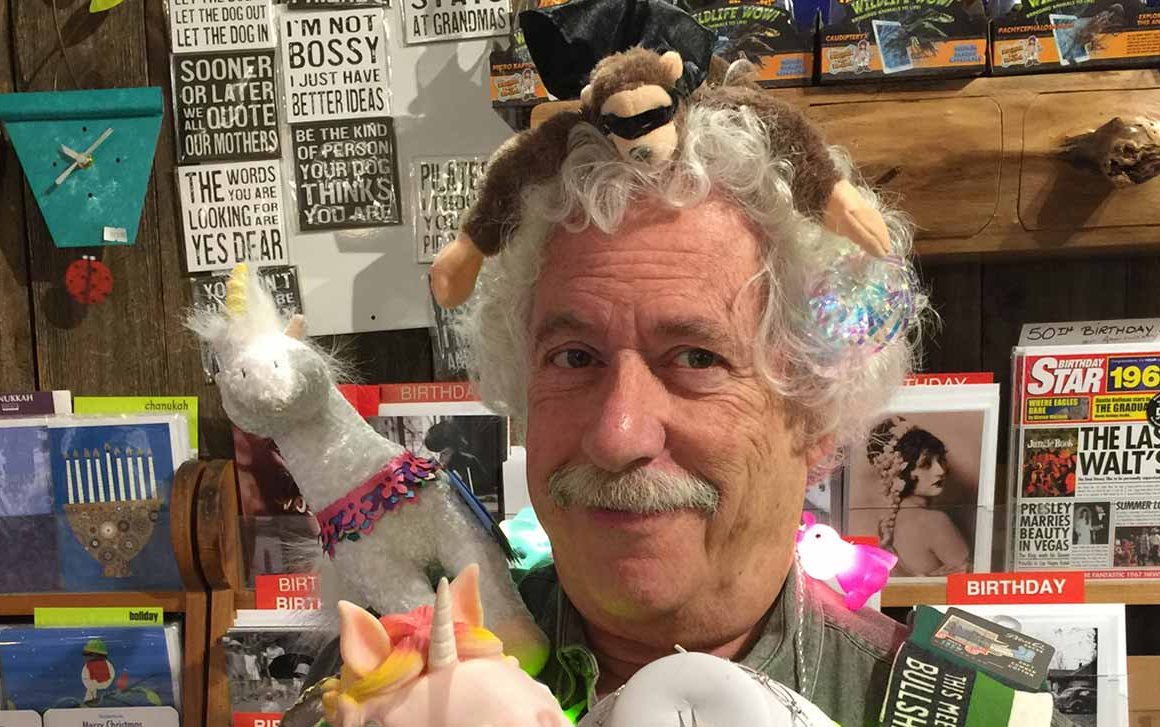 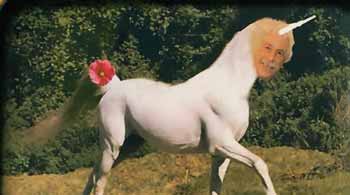 In the Unicorn spirit, a 90+-year-old customer
frequently sends in photo gags.

Jeffrey had one main focus when he opened the store: everything from the “sublime to the ridiculous” must be included. Before opening, he was trying to think of a name and was waiting for a sign. One day, while staring at a bookcase, the title, Sign of the Unicorn jumped out. Jeffrey headed to the library to read up on Unicorns. He discovered they represent beauty, magic, purity, fantasy; all the elements of the store he wanted to create.

So, Unicorn was born! 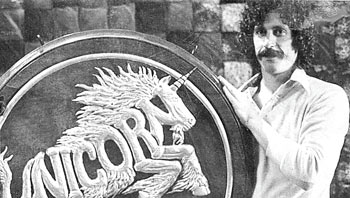 Jeffrey when the Unicorn sign crafted by Steve Read in
Royalton arrived at the store in December 1978.

To Jeffrey, one of the most critical elements in running Unicorn is that it be an entertainment business as well as an outstanding retail store. His motto is displayed at his store: Don’t Grow Up, It’s a Trap! The long-term staff – with their ability to connect with and entertain the customers – have been instrumental in the success of the store. Linda White has been the store manager for 34 years and isn’t planning on slowing down anytime soon. “If we can transfer a sense of joy and excitement about the things we sell, we are not only entertaining people, we are making them happy,” Jeffrey says as Linda nods and grins.

From gifts, gadgets, and games Unicorn has something special for everyone. The cases at the back hold gorgeous jewelry and handcrafted specialty pocketknives. The front of the shop is packed with toys for every age as well as Vermont-made crafts. The wall of greeting cards contains everything from the hilarious to the edgy, to the beautiful and magical pop-up cards. When you enter Unicorn, it doesn’t matter your age, you feel you have just walked into the most glorious toy store for grown-ups and children alike, or perhaps stepped into the movie Mr. Magorium’s Wonder Emporium. 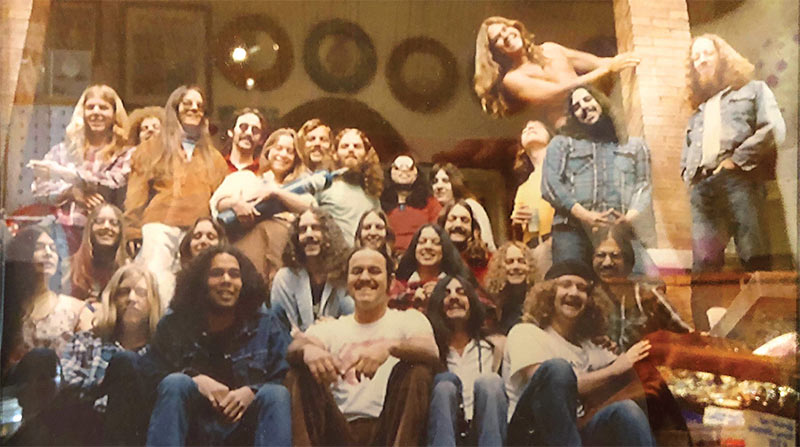 Jeffrey (center) and his communers in the early days.

Sourcing his inventory in person is an essential ingredient to his store. At trade shows, he gets to know and build relationships with suppliers and creators. When choosing stock, he relies on gut instinct along with 40 years of buying experience. Examining each potential piece, he decides whether he can convey the fun, beauty, or magic of that item. At Unicorn, the computer is used merely for bookkeeping and a video featuring Kahn demonstrating new products.

Evolving with the town

Over the years, Jeffrey has seen and been part of the evolution of downtown Woodstock. When the store first opened, everything but the Woodstock Pharmacy was closed on Sundays. While encouraging tourists to visit the area, Woodstock offered little to do on Sunday, which he thought unfair to the visitors. So, he chose to open on Sundays, and as he had thought, the store was crowded. He received a few angry anonymous letters and several vocal complaints, but slowly as business owners noticed the success of Unicorn they followed suit.

Jeffrey has entertained many celebrities over the years including Fred Astaire, Douglas Fairbanks Jr., John Housman, Charles Bronson, Michael J. Fox, Steven Tyler, Joe Perry, and more recently, Scarlett Johansson. On one occasion, Carly Simon came in, picked up a simple three-string guitar and serenaded everyone in the store.

James Hagen, the original landlord, thought the idea of Unicorn “a little crazy,” but he took a chance on Jeffrey and watched him fly. A couple of years later, Hagen sold the building to Laurence Rockefeller. The first time Rockefeller and his wife, Mary, came into the store, he looked around and said, “Mr. Kahn, do you really think you are going to last here?,” Jeffrey answered, “I sure hope so, Mr. Rockefeller.” To which Rockefeller replied,” Well, I hope you understand the rent is due the first of the month.” 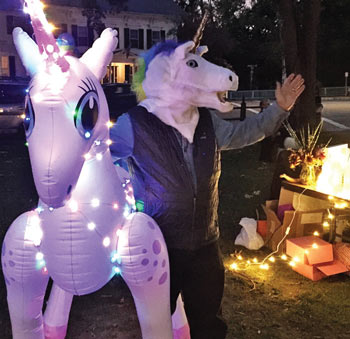 In 2000, along with two partners, Jeffrey bought the large brick building from the Rockefeller estate. After 40 years, he can’t imagine doing anything else, not only the fun of his store but also his love of the Woodstock community. Currently, Jeffrey is chair of the Woodstock Village Trustees. “Everyone pitches in; it is a town of so many volunteers. You need to give in this town, and you receive in ways that have nothing to do with money but to do with the richness of life.”

The ever-changing inventory and the excitement Jeffrey conveys to customers are essential hallmarks of Unicorn and a reflection of his relationship with Woodstock.

Hundreds of people came to the Woodstock Green this past September to show their affection for the store, and to celebrate the 40th anniversary of Unicorn with a giant party. Music, dancing, and unicorns were all over. Now Jeffrey says he is looking forward to the next ten years and an even bigger 50th-anniversary celebration!