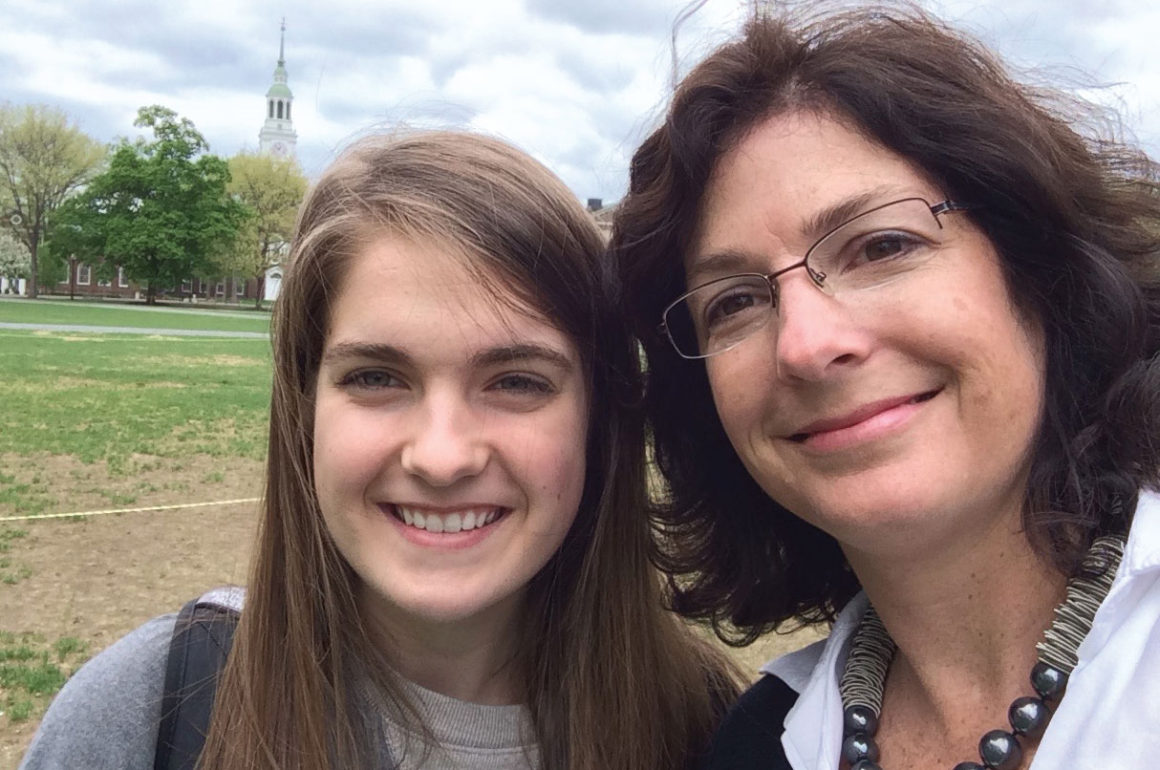 As any Quechee resident or frequent visitor knows, a lot can change in thirteen years. Rickety two-person chairlifts give way to faster, sleeker, more flashy-named quads. Sometimes roadside alpacas appear. Restaurants come and go, as do people. But since she first stepped foot in Quechee over fifteen years ago, Taylor McKenna has been a witness to all these changes. Taylor, a resident of Sudbury, Massachusetts, has been a Quechee mainstay in the winter and the summer, on the slopes and off.

In the winter of 2000, Taylor first put on tiny ski boots and clicked them into tiny skis at Ascutney Mountain in Brownsville, VT. She was a quick learner, and quick to fall in love with speed. When Taylor’s parents, Julie and Dave McKenna, bought a house in Quechee two years later, Taylor swiftly fell in love with something else – the charming, beautiful trails of the Quechee Ski Hill.

Taylor was a confident skier by the time she got to Quechee, and her time spent in the Ski School Ski Bees program was short. Her ski instructor, impressed by Taylor’s skills on the snow, told Taylor about something that would become a significant and enduring part of her life: the Quechee Ski Team. Taylor joined the team just a few days later. She didn’t know it, but in doing so, she started a tradition that each of her three younger siblings followed. 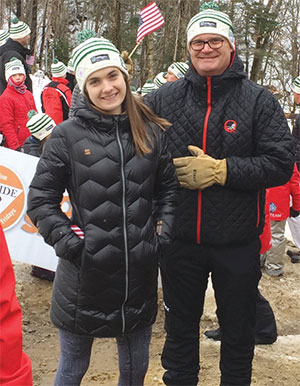 Taylor and her dad, Dave, participating in the VARA World Cup Parade as part of the Quechee Ski Team at Killington

Taylor would go on to ski for the Quechee Ski Team for nine years, and her ski racing career continued for even longer after she had to stop skiing for Quechee because of her six-day school weeks. At Middlesex School in Concord, MA, Taylor skied for four years on the varsity ski team. The grueling, difficult minute-plus-long race courses on mountains like Killington and Okemo changed to the twenty-second course at the Nashoba Valley Ski Area in Westford, MA. Her success as an underclassman racing at Middlesex led to her being voted captain of the team for her junior and senior year.

Now a member and shift supervisor of the ski patrol at Dartmouth Skiway, Taylor credits the coaching she received throughout her Quechee Ski Team career with her success skiing beyond Quechee. Coaches including Bernard Haskell and Steve Severson helped to hone Taylor’s skills on the course and off. She fondly remembers training slalom down Cleanbreak, taking off her skis at the bottom of the course, and hiking back up to take another lap, over and over. She and her friends would sometimes get so sweaty hiking up and skiing down again and again that they would eventually be running the course in nothing but long underwear, snow pants and a flannel.

As a racer for the Quechee Ski Team, Taylor would commute to Vermont with her family virtually every weekend in the winter. She would come to look forward to every weekend drive north to Quechee. She made a tight group of friends, who remain close all the way through their college years. Now a junior at Dartmouth College, Taylor lives less than a half hour away from her parents’ house in Pomfret. Over breaks or on weekends, she and former Quechee Ski Teamers will get together at the house.

“The closeness and small size of the team made the community feel stronger than that of a bigger mountain,” Taylor says. Some of her friends lived in the condos at the top of the Quechee Ski Hill, and her group of friends would stay at the top of the hill far after the chair lift had closed.

The appeal of Quechee is more than just the skiing 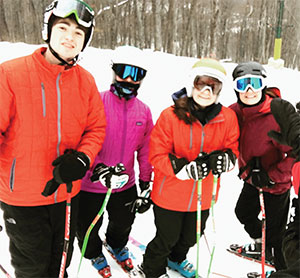 Not only would Taylor and the rest of the McKenna family come to Quechee frequently in the winter, but they would also spend weeks at Quechee during the summer. Quechee was the perfect environment to unwind and do some summer reading, meet up with ski team friends, shop in Woodstock, visit the raptors at VINS, or see the spectacular Quechee Gorge. Taylor celebrated most of her Fourth of Julys at Lake Pinneo and would spend many summer days there swimming and building sandcastles.

Swimming and making castles with her were her three younger siblings: Matt, just a year younger than Taylor; Amelia, five years younger; and Sara, seven years younger. Matt spent eight years on the Quechee Ski Team, and Amelia and Sara are still on the team. Matt and Amelia also followed their sister onto the ski team at Middlesex; Sara, now in eighth grade, is currently applying to high schools. Matt, Amelia, and Sara all look up to their oldest sister’s work ethic and poise, and, of course, skiing ability!

While Taylor no longer skis competitively, she still skis often. In the winter of 2015, as a freshman at Dartmouth, she decided to try out to be a member of the all-student ski patrol at the Dartmouth Skiway. After surviving the thorough, rigorous tryout process (which lasted the entire winter), Taylor still had to spend the remainder of the year as an “apprentice.” It wasn’t until midway through her sophomore year that she was officially “vested” as a full-time member of the Dartmouth Ski Patrol. 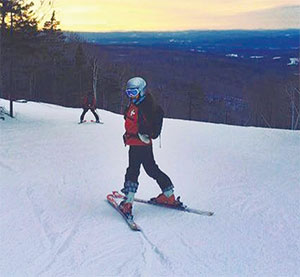 In addition to patrolling the Skiway, Taylor has been staying busy in the classroom and out. Taylor is majoring in Psychology, following the path of her mom (a Dartmouth alumna), and she is minoring in Spanish. After spending the summer semester following her sophomore year at Dartmouth, she spent her fall semester this year working close to home. Taylor was an intern for Rosie’s Place, an organization providing food and shelter for struggling women in Boston. Taylor has also worked as a counselor for Camp Stella Maris in Rochester, New York.

Taylor says that her experiences and time spent in Quechee and on the Quechee Ski Team have been fundamental to her success and her character. “The Ski Team’s terrific coaching led me to be able to use my skills on skis to help others as a member of the ski patrol at Dartmouth. The team also taught me discipline and the value of competition, and, of course, it gave me a tight and lasting group of friends.” Today, Taylor still looks forward to any time she can spend at her second home in Vermont. 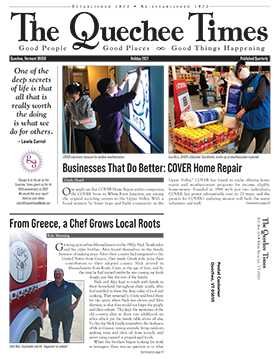