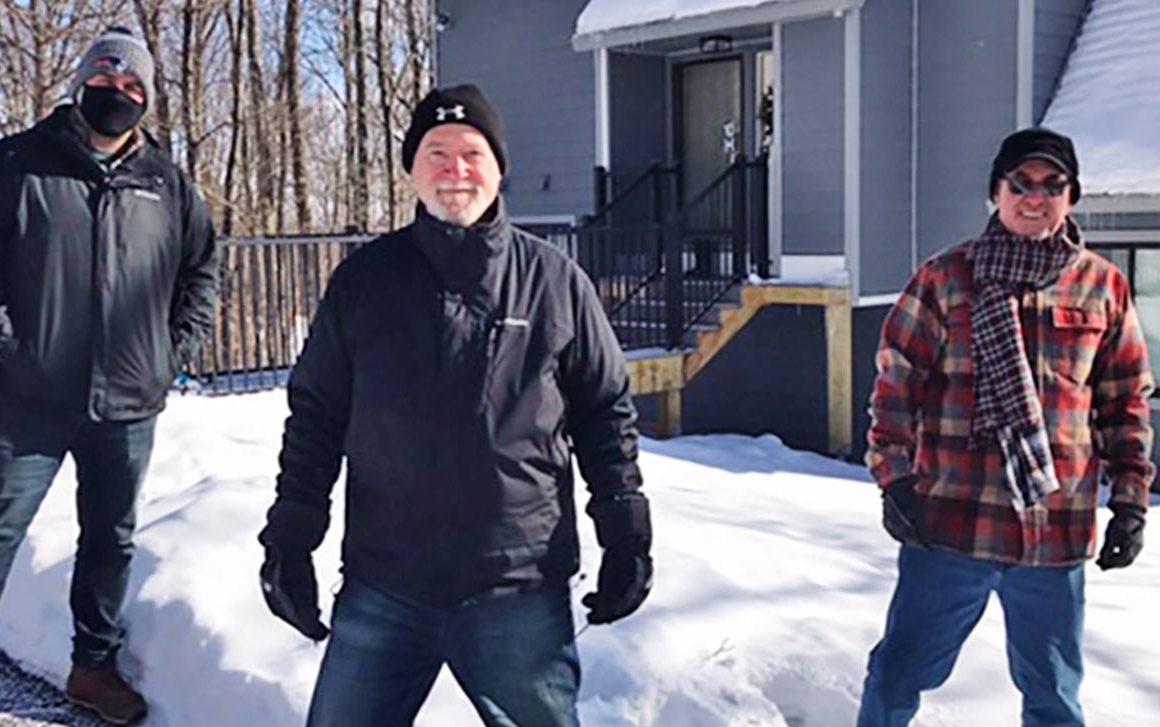 The Stars Line up for Kingswood II

What to do with an aging asset? Use it until it’s no longer suitable for its intended purpose? Keep fixing it in an effort to squeeze out a few more years of use? Undertake a major overhaul or renovation involving a significant investment of time, energy, and financial resources?

These are age-old questions that plague many among us sooner or later about our assets small or large. Many folks have at one time had to choose whether to repair, replace or run a motor vehicle into the ground, but it’s quite another matter when we are confronted with such realities regarding our residence. Yet, this was precisely the dilemma that confronted owners of units in Quechee Lakes’ Kingwood II condominium association. According to COA president James Reavis (“I drew the short straw,” he jokes), the reality of such questions started to become ever more real five or six years ago when every annual budget began to require increasing amounts of money to address fundamental and ongoing structural issues.

In the early going, 25-year board member Chet Marcus was the chief advocate for a major rehabilitation project. Says Marcus, “The time was right to address the aging problem with a bank loan, given historically low interest rates,” then continues, fixing the “Band-Aid” approach we were taking with the repairs became a necessity.” That approach “wasn’t stopping the bleeding,” he recalls.

Other board members and owners also desired to do what it took to rehab the structures. “We really like it here,” says fellow board member Deb Garner, one of the many enthusiastic owners at Kingswood II. Among the features of the development, Garner cited the unique ski-on-ski-off feature that the development offers as a big plus.

As Marcus had observed, the cost and seriousness of annual repairs reached a point where the board, confronted as it was by the “what to do” nature of the condition of its members’ units, began to research what was possible before the need was of crisis proportions. An effort was made to consult with local contractors, but those found either lacked the expertise, manpower, or experience, or all of the above. The search was expanded to include all of Vermont and New Hampshire with similar results. Such was the uniqueness of the Kingswood II project.

Garner had experience with a company out of Needham, Massachusetts for which condominium projects are its sole market niche. Schernecker Property Services, or SPS, focuses solely on refurbishing condominium exteriors, the “envelope,” as they refer to it. Garner was familiar with a project that SPS had completed in Plymouth, Massachusetts where it renovated the exterior of Whitecliffs Condominiums. Garner, who is a Real Estate professional in the Cape Cod area, knew that SPS had a good reputation and track record in Condominium Exterior Envelope Replacement, so she introduced that company to the Board.

That led to SPS traveling to Quechee for walk-throughs, which led to full building inspections, which led to recommendations and, finally, a budget. Through that process it became increasingly clear that SPS was the best option. It also became clear that the magnitude of the project was beyond what few, if any, realized would be necessary. So much so that Reavis recalls that “most of 2019 was spent planning.”

Another major hurdle was to find a bank that would finance the project. Again, Marcus led the board’s effort in searching among local lenders but none would underwrite a complete renovation of an entire condominium development. “It became too big for them to consider,” Marcus relates. Reavis also notes that part of the difficulty for most lenders was due to the financial picture typical of condominium associations. “All we had was receivables,” says Reavis.

Fortunately, SPS had worked with a Avidia Bank, headquartered in Hudson, MA, on similar projects. Ultimately that institution underwrote the Kingswood II project which was no small thing, since it would soon become a $3.2 million undertaking.

The final bridge to cross prior to the onset of the project was to gain the agreement of all thirty-seven unit owners. As one might imagine, in any group that large there were bound to be differences of opinion and differences in willingness to agree but eventually enough of a comfort level was achieved for the membership that the project could proceed. No doubt it helped that SPS estimated that the value of each unit was likely to increase in the range of forty to fifty thousand dollars.

In the era of the COVID pandemic, few could imagine that a Condominium project of this size and complexity could come together, but, as Garner says, “The stars all lined up for us!” For some there was nervous anticipation when work began in mid-July of 2020, understandable after those many years of transition from vision to concept to the searches for contractor and lender. For board members and other owners, there was also eager excitement and, no doubt, some relief. From there on, everything was as smooth and slick as a ski run down Quechee Hill, right? Well, not quite.

Issues arose relative to the availability of many of the necessary materials. Products that one might assume would be readily available were in some cases hard to find on a timely basis. COVID-related delays to the delivery of windows and screens, doors, A/C units and other things were sometimes a week, that became two weeks, that became a month. (Even now as the project nears its completion there are still some A/C units which had not been delivered.) The trim was a particular sticking point because the installation of the new siding could not be completed without the trim on site.

Along the way, there were some “surprises” uncovered as the original materials of the vintage 1972 condos were removed. That necessitated that some of the structures be rebuilt, even “down to the studs,” Garner recalls. New electrical wiring was done up to current code, and new gas lines were installed. In some cases, new footings had to be poured, especially under decks where some also needed new pylons.

Through it all there were weekly meetings with SPS attended by Reavis, Garner, and fellow board members Jeff Ellowitz and Mike Baresich. Their commitment to the project involved many trips back and forth from their primary residences as far away as Rhode Island.

Now that the project is nearly complete, there is tremendous enthusiasm, even glee, in the voices of Marcus, Garner and Reavis. What was once a huge problem with no apparent solution has become a source of pride and joy thanks in no small part to the hard work of the building committee, the board as a whole, and to whatever power in the Universe it is that arranges for “the stars to line up.”