September 6, 2017by Ruth SylvesterNo CommentsAll, Made in Vermont

A Love of Animals: Deb and Randy Ries 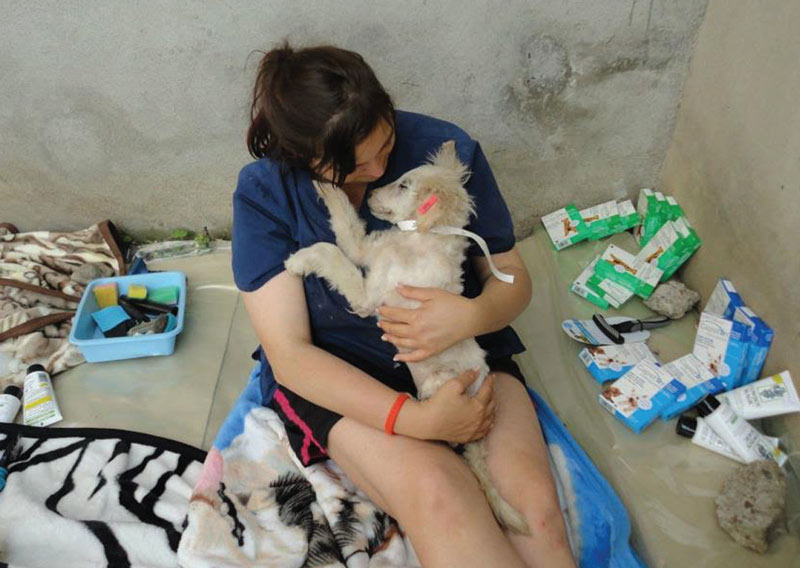 They say you can tell a lot about a person by watching the behavior of their pets. On that basis, you’d expect Deb and Randy Ries to be sociable and easy to connect with, an expectation that is borne out in conversation in their cozy living room, with cats and beagles begging for a belly rub. (The humans confined their sociability to telling stories.)

The humans are also way more hardworking than the pets. Deb and Randy run Upper Valley Critter Sitters, a business that goes 24/7, 365 days a year (plus one for leap year). The couple, with some assistance from two regular and several fill-in helpers, provide extensive pet care, as well as house sitting and checking, in Quechee and beyond. “I was born in Connecticut and moved up here when I was 12. I spent a lot of time in the foster care system,” says Deb. “Because of the way my parents treated me, I wanted to protect. When I was seven, I would dream of rescuing beagles from laboratories. I was always really drawn to animals – it’s just who I am.”

Deb got an associates degree in social services but decided that “earning $8 an hour for changing diapers” was not appealing. She worked in a feline hospital in northwest Vermont and then as a vet tech for a Norwich practice.

Supporting the rescue of feral dogs in Romania

Deb’s concern for animals has led her to international rescues of feral dogs in Romania. The problem dates back to the mid-1980s, when former president Nicolae Ceauescu had much of the center of the capital, Bucharest, bulldozed to construct grander buildings. Many displaced residents moved to apartments that didn’t permit dogs. Abandoned dogs reproduced, and their numbers grew as people starved in the wake of his leadership. Early this decade the situation made headlines as a four-year-old and several foreigners died of dog bites. Tightening an already tight belt, Critter Sitters donated substantial funds to build a shelter, and in May 2012, visited Romania, touring shelters. They found dedicated people working to save and sterilize dogs, but also cultural attitudes obstructing this effort. “You’d get looks of hatred for feeding strays,” Deb says, and she saw young children beating dogs. Even though the dogs are pests, there is little support for spay/neuter programs.

Of course, she came back with a dog, Ayla. “She was the one who looked like she was going to die,” Deb says. “She was emaciated, about half the size she should have been.” Deb already had two adopted beagles at home.

Over the years there have been many adventures. Some follow classic outlines, like the time Deb arrived at a house in Norwich to take care of three large dogs. “I saw a naked porcupine – no quills – at the bottom of the road,” she recalls. And sure enough, the persistent (if not terribly intelligent) dogs had filled their mouths and faces with hundreds of quills. 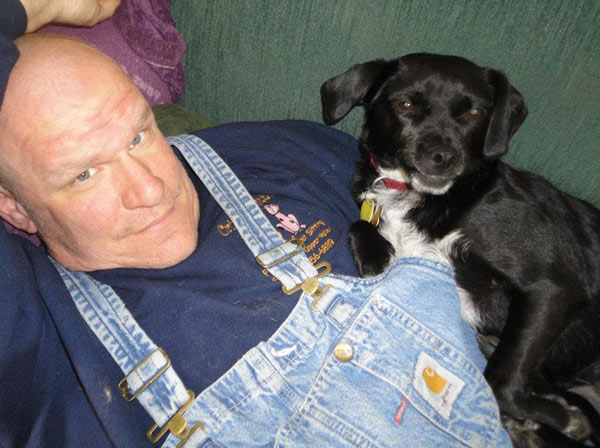 Randy reminds Deb of an unusual incident: when she got locked in a chicken coop. The keys were in the door while she worked inside, and the wind slammed the door shut, locking it. Frustrated, she could hear her cell phone ringing repeatedly as Randy tried to check on her. Finally, he drove over. “It was 9:45 at night,” he remembers. “I started walking up to the house. It was wide open, and my mind started to race.” And then he heard a voice from the chicken coop.

Their schedule renders many impossible things that some people would find difficult to give up. When a relative or close friend has a milestone event like a wedding or a graduation, only one of them can attend. “One of us stays here,” says Deb. During vacations, their weekly client base of about 40 may swell to 150. They’d like to add a kennel to their operation, but the low margin in the business makes it hard to find an interested bank.

Randy joined Deb full time in 2009 during the recession. “I was already doing this nights and weekends, but then I heard Debra turning business away,” he recalls. He likes being self-employed, so he can improve systems and develop efficiencies without someone saying, “We always do it this way.” The pair has territories, so that they are not, as formerly they were, passing each other on the road. They each have eight to 14 stops a day, and their two employees do between five to eight stops as well.

“Each of our routes seems to attract different characters,” says Randy. An elderly woman whose dog he was walking asked, “Do you walk people too?” With a can-do spirit, he replied, “Heck, yes!” and before long his assistance was “less walking and more social.” Willingness and hard work are Deb and Randy’s trademarks. Stir in their love of animals, and it’s easy to see why they have built such a thriving business.