September 9, 2020by Virginia DeanNo CommentsA Day in the Life, All 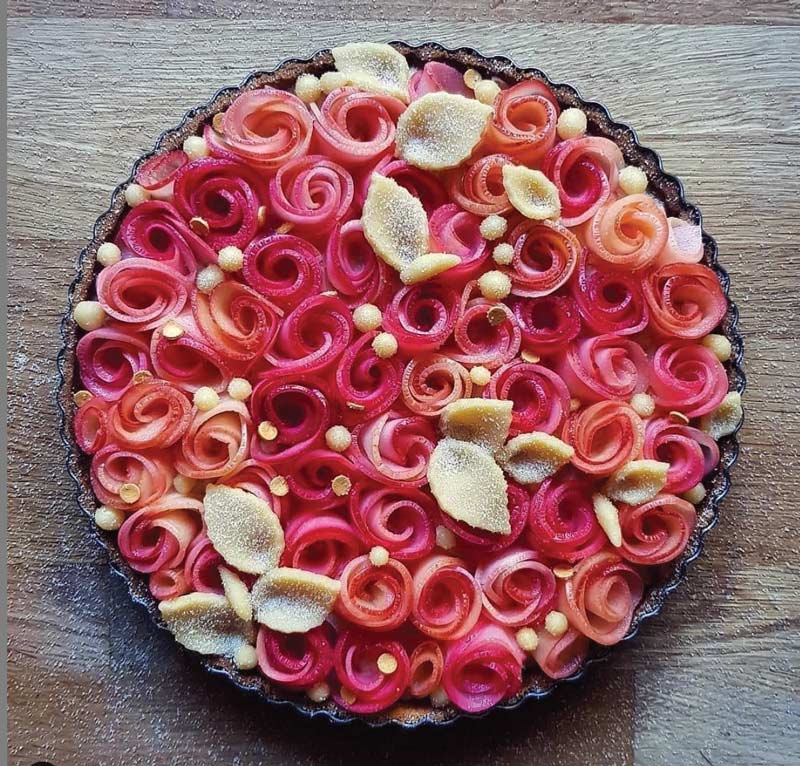 Quechee resident Terry Dorman was undoubtedly an environmental steward before he knew it. When he was a young boy of perhaps nine or ten, for example, he often grabbed his fishing rod and left his Massachusetts home along with his dog to walk a mile through the woods to Four Mile Pond, spring fed and about 100 feet deep in the middle.

This would be the beginning of his long devotion to and protection of the natural environment that he came to love. Even when he was three years old, he followed his father into the woods and, after getting lost, waited for him sitting on a stump. Over the years, he returned to those woods regularly where he and his father cut firewood, built roads, hauled out a few saw logs and burned lots of brush.

The house where he lived with his family was surrounded by apple trees, and Dorman remembers the “big, old trunks and the gnarly apples.” His father had a large garden, and Dorman became responsible, as a young lad, to pull the weeds and haul the rocks from their vegetable garden. He brought peas to his mother (who, at age 100, is still living at their Boxford home) and planted trees with his father who taught him the love of the forest and vegetable garden.

Dorman brought that experience and passion to Vermont in 1980 and acquired his land on Wheelock Road eight years later. It is now known as Whitman Brook. At the time, it was to be a waystation while he and his wife, Sara, searched for a larger and more rural parcel.

“Quechee was at first just an outpost to work from transitionally while I found a farm,” said Dorman, looking out at the brook that runs along the back of his house. “But it became so much more. Our approach to landscaping, design and stewardship is largely through visual observation of the natural world. Whitman Brook offers a breadth or terrain and environments. I never intended to live here, but it gave me the solitude of Vermont and the peace of winter.”

The couple called off the search in 2001, several days after the 9/11 attack. Their abutting neighbor to the north had listed their house, and they quickly signed a P&S, subject only to a formal inspection. The acquisition, although just an acre of land and a house they later demolished, changed the character of their property disproportionally. But it gave them a site for a guest cottage and was the keystone in visually tying their land with the orchard across the road.

“Whitman Brook became a gift of sorts,” said Dorman. “Not only could I conserve a farm, I was able to create one.”

The old Fells orchard gave him a start. Planted around 1920, it was abandoned in 1968 and had started to revert to forest by the time Dorman negotiated a lease with the Quechee Lakes Landowners Association in 1995. He has since tripled the size of the orchard with 520 trees and now grows 132 varieties of apples, many of which are hard-to-find heirlooms. Ninety of those are of bearing age, although this year will be a lighter harvest, Dorman said.

“Remember that many of our trees are standard rootstock, much bigger than the size grown in commercial orchards nowadays, so they are spaced farther apart and have the height, width and canopy of a shade tree, “evoking days gone by,” he explained.

The farm’s signature apples include Hewes, a very small crab apple that has a yellow-green skin covered with deep red later in the season, ripens in mid-September and, according to Dorman, is the best apple to make roasted applesauce; Cox’s Orange Pippin, a “magical apple,” Dorman said, and is considered England’s MacIntosh, highly regarded due to its full flavor and crisp texture; Karmijn de Sonnaville, an offspring of Cox that is complex for eating and “makes a terrific crisp,” Dorman noted; and the original strain of McIntosh, “a whole different apple, known for its tender white flesh that’s crisp, sweet and juicy.

The older varieties are bred for specific regions and uses and carry such romantic names as Calville Blanc, Stayman Winesap, Westfield Seek-No-Further, Hubbardston Nonesuch, and Belle De Boskoop. Dorman has purchased some trees from nurseries specializing in older varieties and others from farms in surrounding Upper Valley towns. He sprays minimally and uses sticky traps when possible.

To Dorman, the six-acre orchard is a special place, one that transports him back to the early 20th century when it was first planted.

“Who were those men who dug every hole by hand, watered the freshly planted whips every week for the first year?” Dorman asked. “What did they talk about? Calvin Coolidge was U.S. President, and my mother was a toddler.”

Dorman spent all winter pruning. On January 1, he hauled seven ladders into the northwest corners. For the rest of the day and the next 125 straight days, he pruned. With a full-time job as the founder of Dorman & Fawcett that advises businesses across the US and UK, that meant starting in the evening with a fistful of AAA batteries and a headlamp. As the days grew longer and warmer, the headlamp was used less, and Dorman watched the valley come back to life. Then, at the end of April, standing on top of Row 1 in the Wheelock orchard, he could look back over his entire winter.

Dorman’s holdings approximate 200 contiguous acres, and he is actively seeking to expand wherever possible. He has purchased the Clark Hillcrest barn and field that abuts the southwest boundary of his property that will allow him to make it part of his walking trail network. The field will be left open for agricultural and open space purposes only.

“The barn will remain, and we will add a greenhouse and hoop-house east of it,” said Dorman. “Any landscaping and planting will be carried out in the tradition of old Vermont, consistent with the materials and workmanship used at our main house and cottage on Wheelock Road.”

Whitman Brook also includes a wildlife parcel that is part of the QLLA greenbelt. Dorman has an agreement with QLLA to manage the parcel.

“Our master plan includes the restoration of approximately 25 acres of fields and a primary agricultural/forestry travel way,” said Dorman. “An extensive network of walking trails is contemplated for the adjacent parcels now owned or expected to be acquired.”

With no heirs (his wife, Sara, passed away in 2017) and mindful of the loss of his family property in Massachusetts, Dorman’s life’s work is dedicated to de-subdivision and the gifting of the resulting house, gardens and land to conservation or the public.

Ever the environmental steward, aware and knowledgeable of the world around him and making sure he does as little as possible to negatively impact it, Dorman has worked on a day-to-day basis for the last thirty years to ensure sustainability in this increasingly industrialized world, using what his father taught him so long ago as a boy in the woods by the house in which he grew up.

“This is a magical place, and no one ever knew,” he reflected as he looked at his east orchard that sits above the upper valley underneath the hills of New Hampshire. “Growing up on an old farm and acreage that we eventually could not hold on to, I saw what was lost. Coming to Vermont was a way to turn back the clock and bring that back, to live more simply and be closer to the land.”

Dorman’s goal in restoring the orchard is to make more varieties of apples available to consumers and to donate any excess harvest to local food shelves. The orchard has been open to the pubic since 2010. Hours are Saturdays from 10 a.m. to 4 p.m. and Sundays from 10 a.m. to 3 p.m. It lies half a mile up Wheelock Road in Quechee on the right. The orchard will be open until early November.