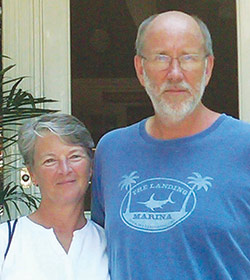 What to Do is the title of an essay that Tim Martin wrote in response to the series of programs addressing issues of aging presented by the Quechee Lakes Community Affairs Committee (CAC) to the Quechee Lakes Landowners Association (QLLA) and the Upper Valley community. These programs were designed to help families and individuals make informed decisions and to plan ahead for those “life’s transitions” as we age. Programs addressed such topics as estate and financial planning, health care and advance directives, local resources in support of seniors and their families, and what you need to know if you want to stay at home. Martin, a Quechee resident, hosted a discussion entitled “Senior Living Options: Finding Your Place,” a very informative session about senior housing alternatives.

Martin is knowledgeable and very passionate about “helping to find the right living environment for aging family members.” Martin has devoted his entire 35-year professional career to this topic and wants to share that expertise with the Quechee community. Martin is a member of the sub-committee of the CAC focused on life’s transitions, and the committee looks forward to his energy in moving this group forward in support of our seniors and their families.

Martin and his wife, Peggy, purchased a condominium in Quechee in 1999 in part because he worked at Dartmouth-Hitchcock Medical Center (then known as Mary Hitchcock Memorial Hospital) in Lebanon, New Hampshire, in the late seventies and introduced Peggy to the Upper Valley while he was there. The Martins love the area for its natural beauty and the ability to get involved in the many cultural and recreational activities that are made available by Dartmouth College. Their current plans are to make Quechee their retirement home for at least the summer months and travel the country in a motorhome during the winter. Their son, Chris, 35, lives and works in Portland, Oregon, and their daughter, Hannah, 34, lives and works in the Boston area. The Martins have lived in Quechee full-time since 2013, and recently moved from their condo to a house.

A New England native—Martin is originally from Augusta, Maine—most of his career in health care and senior living has been in Massachusetts and New Hampshire. He worked to develop rural health clinics for the indigent population (in Pennsylvania actually), in administration at 75-bed hospital in Caribou, Maine and at Dartmouth-Hitchcock Medical Center (when he met Peggy, a leader in her field of health care risk management) and for a community-housing program for the elderly in Brighton, Massachusetts. The bulk of his career was spent directing the Milton Residences for the Elderly and the Milton Fuller Housing Corp., non-profit housing and real estate management companies in Milton, Massachusetts. In 2009, he was appointed president/CEO of Taylor Community, a continuing care retirement community (CCRC) in Laconia, New Hampshire. Martin has always worked for non-profit organizations. He tells me that “the thread of helping is at his core,” and is stimulated by the challenges of business decisions and strategic planning, but within the context of helping people. That is what motivates him. He is now the administrator of The Woodlands at Alice Peck Day (APD) an independent living facility which is part of Alice Peck Day Health Systems in Lebanon New Hampshire.

With retirement in 2013, and the decision to live full-time in Quechee, Martin took up another line of work—if briefly. He stopped by Jake’s Quechee Market on Route 4 when the Kerrigan family was working to get going and thought “I can help out here!” He started with just showing up and helping—painting, moving things, whatever needed to be done—and was then hired. His biggest pleasure was working with the customers. Perhaps you saw Martin there last year—he’s the guy who was always smiling! This also gave him a nice break and the time to realize that he wasn’t quite ready to transition out of his career (with help from Peggy who knew he wasn’t).

Back to “what to do” about the decision as to where and how to live as we age. Ironically, even though Martin has spent almost his entire career helping people each and every day address these issues, he and Peggy are now confronting the same. They are asking questions like: Do we stay at home in Quechee and still be able to go south to escape the harsh winters and pay rising property taxes? Move to a senior community or retirement community close to friends, perhaps closer to family—a place like the Woodlands or Kendal? Move in with one of the kids? What services will we need and how will we get them?

Martin says, “I have spent most of my career listening, watching and waiting for the questions that people have; contemplating a change of lifestyle is not easy. Moving is not easy. It is important to do the homework and think about options. The good news is that there is lots of information available from groups like LeadingAge, AARP, the VNAs, the QLLA CAC and private consultants there to help, but it can be overwhelming.” His advice is “not to assume that ‘aging in place’ is the only or the best option, and involve family and important friends in the decision process. They may influence and assist, but ultimately, we will decide the best place for us. Martin also says, “If you are thinking about moving, move when you can, not when you have to. ”

For the Martins, they do believe that after spending 36-years together they are home here in Quechee. Winters in Palm Desert, California, and summers in Quechee seem pretty good. Like the license plate on the motor home, they too are looking ahead toward their NXTCHPT.