Keeping Those Roadways Clear and Safe in Winter 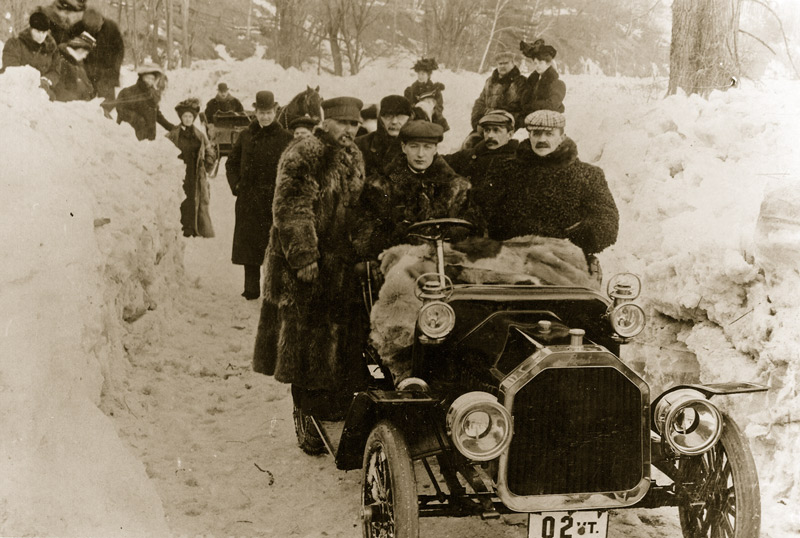 By now, you’ve heard, seen, or followed them – those heavy trucks with plows down to pavement, salt granules dispensed from the back, travelling back and forth over area roads during snow, sleet, and icing events. At times you may find them irritating, delaying your progress. Other times, the heavy plows scraping over pavement may waken you from a sound sleep. Despite these inconveniences, one thing is for sure – without them and the drivers that operate them, travel for several months of the year would be at a near standstill. The men and women that drive, maintain, and coordinate the work those trucks perform are vital to the lives and economy of our area in wintertime.

Two entities combine to keep traffic safe and moving in the Quechee area – the Town of Hartford maintains town roads, while the state provides snow removal on I-89 and Route 4. Vermont’s Agency of Transportation (AOT) has around 250 trucks available to maintain the state’s roads in wintertime. The state is divided into eight districts, with Quechee, Woodstock, Hartford, and other Upper Valley towns part of District 4, headquartered in White River Junction.

The AOT’s Trevor Starr works out of the WRJ office. He says District 4 staffs 60 maintenance employees to keep the Interstate, and the various state roads, clear. Vermont employs a snow and ice removal plan that prioritizes roadways for snow removal. Interstate highways top the list, with heavily trafficked two lane state roads, such as Route 4, next in priority.

State and town plow trucks are responsible for keeping the roads passable in inclement weather conditions. Those of us driving on the roads have a responsibility, too – maintaining safe speeds, and not interfering with the plow trucks performing the work. Most plow drivers have many stories, some veering towards the tragic, of “civilians” driving aggressively around the plows. Following a plow truck too closely, passing when it’s not safe, and driving too fast for the road conditions are common complaints plow drivers have of motorists.

Another situation that causes concerns for those clearing the roads of snow is when homeowners push snow from their driveways into or across roadways, or onto road shoulders. Inconsiderate, this activity is also illegal, and may result in a fine for the homeowner. It also results in a dangerous obstacle for motorists.

To assist motorists with winter driving safety, Trevor Starr points out Vermont’s AOT offers many services to help. These include a Plow Finder system, where motorists can discover where, and when the state plows will be on a particular roadway. Other helpful services Vermont offers drivers include highway webcams, allowing those planning a trip to get an actual look at road conditions on certain roadways, and the Vermont Alert System, which allows motorists to create an account to receive updates and warnings about all manner of road hazards and conditions. This information, plus more on winter driving safety is available on Vermont’s AOT (also known as VTrans) website.

Area motorists aren’t the only ones that benefit from the work of the town and state plow drivers. The many area businesses along Route 4, and other area roads, depend on the plow trucks to keep customers travelling to their shops, stores, and offices. James Kerrigan, who manages Jake’s Quechee Market on Route 4, says he’s been quite satisfied with the job performed by the state’s plow operators. “Over the years, the state has done a nice job keeping up with snow removal on Route 4. Like all roads in northern New England, it is sometimes treacherous, especially right around 32 degrees, but most drivers are taking it easy during those times.”

Certain stretches of road seem to cause more trouble than others for the plow drivers. Trevor Starr says that in Quechee, the bridge over the gorge is an area in which the crews need to pay special attention. Reason being, visitors still enjoy using the walkway along the bridge to view the gorge, even during inclement weather. Have you ever taken a beautiful photo of the gorge from the bridge in the winter? You most likely can thank the state winter road crew for the opportunity.

“The most challenging thing about our stretch of Route 4 through Quechee is the gorge bridge, and that is due to the sidewalks,” Starr says. “The sidewalks on the bridge are not maintained throughout the winter, and that does not stop people from using them to walk out onto the bridge. We are not equipped or staffed to maintain sidewalks, so we do our best to keep things safe by making special trips out from White River with a front end loader or road grader to keep the snow and ice from building up too high.”

As stated earlier, Quechee’s roadways are kept clear in winter through the joint work of the state, and the Town of Hartford. As sometimes the work of two different jurisdictions may become contentious, I asked Starr how the two work together in snow clearing efforts. “I would say that we have an excellent working relationship with Hartford,” he says. “Their supervisor and ours work closely to make sure that there are no conflicts with our operations, and I would say things go very smooth.”