May 31, 2016by adminQTNo CommentsAll, Cover Story 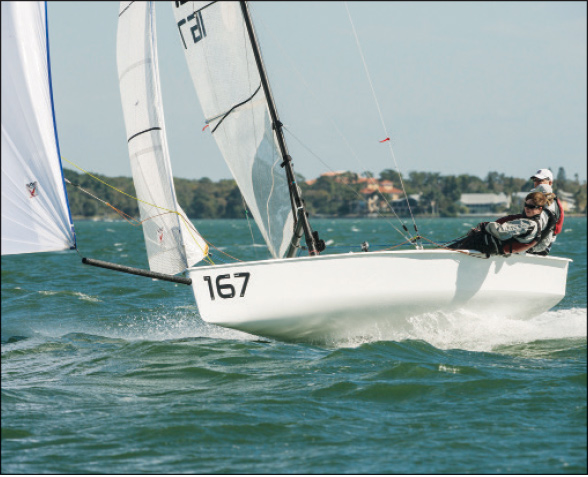 While he grew up in Providence, RI, Maccini lived for skiing in Quechee. His parents, Bob and Kristen, own a condo on the top of the mountain. Even now, as Maccini finishes his sophomore year at Providence College, Quechee remains a town he loves, “Everyone is close by. It’s a better way to spend the weekend. Rather than being stuck inside, you can be outside doing really fun stuff and enjoying the winter.” Born and raised or not, he sounds like a lot of Vermonters I know!

Sailing his other passion

One of the most amazing activities Maccini participates in, however, is sailing. Not only is he the Commodore of Providence College’s Sailing Team, but he also races his own sailboat.

Maccini explains that he bacame Commodore, or head, of the sailing team, “just because of having a whole bunch of graduating seniors, and I guess I was one of the more dedicated people so I was voted in. Usually you don’t get elected until you are a junior, but I was lucky enough to get elected this year.” 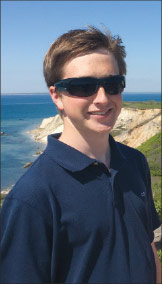 He was dedicated to the sailing team before he even started his freshman year. Maccini had a few friends who were on the sailing team, but he was also talking to the coaches over the summer so he was able to come in, join the team, and get started right away.

Maccini tried out other sports, too. He rowed crew in 8th and 9th grade, before deciding that sailing was the water sport for him. He also ran cross country in the fall throughout high school.

Along with his dedication to the Providence College Sailing Team, he races his own 19-foot sport sail boat called a VX ONE in Newport, RI in the summer, and Florida in the winter.

Sailboats built for racing are crafts entirely different from the large boats with cabins below that float across bodies of water, sometimes speeding along, sometimes ambling. The VX ONE is a boat built only for speed, not for comfort; but it’s amazing to look at pictures of sailors hanging off the edge or the back of the boat, holding onto the lines so they might change direction at any moment. Of course, the boat can be used for casual sailing as well, but beware you will have wet feet by the end!

While he’s the Commodore of the boat, occasionally his dad, Bob, will compete, or other members of the sailing team. Usually Maccini is on board though; he said they almost always sail with three people, as is recommended. What’s his favorite part of sailing? “I just like being on the water. I am a bigger fan of being on the water than on land.”

Maccini loves to teach sailing as well as skiing. In the summers, he teaches at Sail Newport, working with the little kids on their first sailing adventures.

Prior to college, he took a gap year where he worked at a boat building company and became seriously involved with boats and sailing. That year, he worked there in the fall, came up to Quechee to coach the ski team and went back to work in the spring. 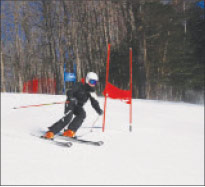 It was really interesting, he noted, learning so much about how the boats work, how they are built before they are put out on the water. The knowledge he gained from that helped him to be a more successful racer, as well as solidifying his passion for boats.

Now busy majoring in business/finance at Providence College as well as being on the sailing team, he no longer has time to coach the Quechee Ski Team, but that doesn’t mean he isn’t around. Wherever there is an opportunity to be outside and race, be it skiing or sailing, Maccini is happy to be there.

« Previous post
The Otts: A Study in Contrasts
Next post »
Ken Kramberg: Dedicated to Students in the Classroom and on the Quechee Ski Hil