History in Our Own Backyard 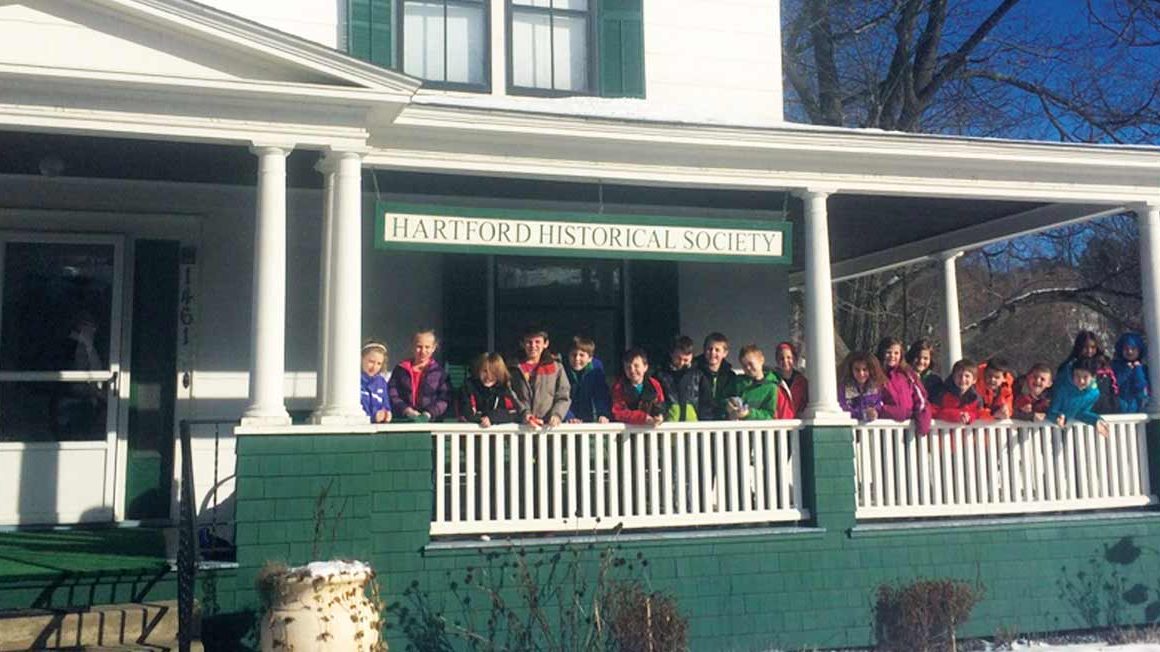 The Smithsonian Museum is referred to as the nation’s attic. In Hartford, Vermont, the Historical Society performs this same function, though without much in the way of resources; it’s an attic at capacity. The Society’s collection is currently displayed in Garipay House at 1461 Maple Street (near the intersection of Route 14 and Christian Street). The house-museum is open weekday mornings, and the whole project is a labor of love for a few devoted volunteers.

You’d never know it from the well-kept, crisp displays, but Garipay House is bursting with additional objects of interest in storage rooms. Gray storage shelves hold boxes of various sizes and shapes. It’s neat and clean – due to strenuous efforts to avoid piling heaps of things in corners –  but the options for orderly storage are filling up. Because of the need for more space, and also the alluring opportunity to acquire and preserve an elegant old building down the street, the Historical Society is engaged in a capital campaign to buy the Horace Pease House, familiar to many as the Elks Club.

A New Role for the Pease House 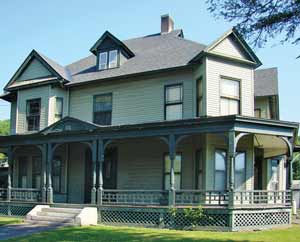 The older, front portion of Pease House was built in 1884. An earlier house, built about 1800, was moved to Summer Street to clear the site. (That house has since burned down.) Horace Pease, a very successful businessman, apparently built his house, which he called “Sunnyacre,” for his wife, Seraph.

The Elks Club added large rooms in the back of the building, which could serve the community as event and meeting spaces. Few buildings in town offer a large accessible space, lots of parking, and a commercial kitchen. Judy Barwood, chair of the capital campaign, explains the appeal of Pease House to the Society. “We desperately need to do something; we’re bursting out of our current space.” The hope is to rent space in the Pease building to existing users – such as the bingo fans who fill the 100-car parking lot twice a week – and to add new users. “Since we announced our interest in making space available,” says Judy, “we’ve received lots of calls from people interested in using the space” for either regular or one-time events.

The Society has been working for about two years on the acquisition project. Building-owner Richard Daniels, a strong supporter of the Elks, bought the house in foreclosure to help the Elks. He’s eager to move on from this obligation, so there’s time-pressure on the Society to raise or borrow money to buy the building. (Donations to the Historical Society are tax-deductible.) 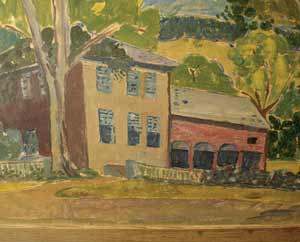 The displays in Garipay House are eclectic, charming, and intriguing. Society President Martha Knapp shows a visitor around, and she’s a mine of information. Her particular interest is the Abenaki, not just their way of life in pre-Colonial and Colonial days, but also the ways they and their traditions were suppressed for many years until recently. In this context, she brings up Henry Perkins, a University of Vermont professor who read a study of Army recruitment in World War I that showed Vermont men had an extremely high rate of “defects,” such as diabetes, epilepsy, deformities, and mental deficiency.” Perkins became an enthusiastic advocate of eugenics in the 1920s and ‘30s, working to establish laws permitting the sterilization of the “unfit.” Such movements were going on at the time in many places in the United States.

Martha is more eager to discuss the more cheerful threads of history. She points out some of the artifacts that entertain children. She encourages the local schools to tour the museum and generates quite a reaction among the students. Thank you notes and models of Abenaki houses and villages attest to the impression visiting the past has on kids.

“We’re the repository,” Martha says, “when someone’s cleaning out their attic. But if there’s no connection to Hartford, or if we have copies, we pass items along to the Vermont Historical Society.”

You don’t need space for stories, however, and Martha has many stories and anecdotes that she gently weaves into the tour. “I pick up all these tidbits,” she says, “but there are too many to use.” She describes how what’s now the Vermont State/Gilman office complex up on the flats was the Vermont State Fairgrounds for 30 years. And every year for 30 years, it rained on the fair. The story goes that when the fair began an old lady came by asking for a drink of water, but no one helped her. She left saying, “You will want no more for water.” True or not, it’s still a good story.

The Hartford Historical Society is Quechee’s local historical society. A painting of the Theron Boyd house is on display, and Quechee residents with interest in local history are heartily welcomed as volunteers and board members. To find out more about the Historical Society or to make a donation, please visit www.hartfordhistory.org.