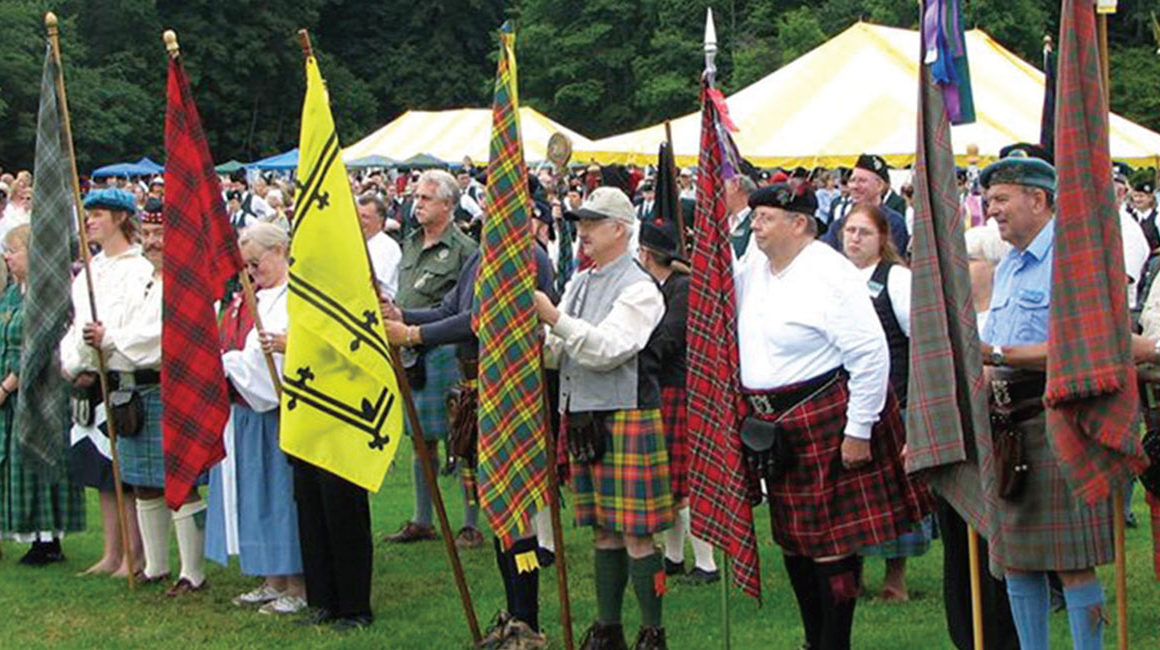 Scots like to compete, explains Lezlie Webster, founder of Scottish Arts and organizer of the Quechee Highland Games, formerly known as the Quechee Scottish Festival. This year’s Games will be on Saturday, August 26 at the Quechee Polo Field on Dewey’s Mills Road. Hardcore aficionados should know that solo pipers begin playing for judges at 8am, athletic competitions start at 9, with massed bands playing and parading at noon. 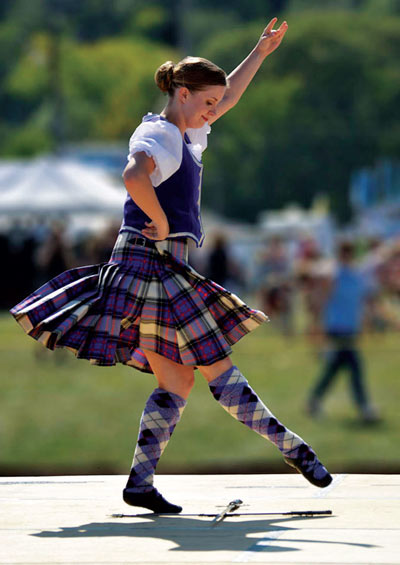 A highlight of the weekend is Highland dancing

The event will include food provided by Salt Hill Pub – it’s a great opportunity to munch meat pies and stock up on shortbread – and musical entertainment by two different bands, not even counting the bagpiping. “Quechee is such a beautiful site [for this event],” Lezlie says.

“There’s such camaraderie,” says Lezlie. “People who follow the circuit are competing every couple of weeks, but it’s not just competing, it’s bettering yourself each time. You compete against different people at each time, and you learn from the other competitors, and you get feedback from different judges.”

When you listen to a band, the more the bagpipes sound like one instrument, the better, and the same goes for the drums. When you hear a solo bagpiper, listen for embellishments. Since the bag sends a continuous air supply to the pipes, repeated notes are impossible. A tune like “Row, row, row [your boat]” requires an embellishment – a quick extra note – to make each repeated note stand out. Expert pipers can make those extras so quick you hardly hear them, or they might add a complicated multi-note decoration.

The Highland dancers shine by having good turnout (the outward rotation of a dancer’s leg) and hitting the different positions correctly. Each dancer should exhibit high elevation and a tight precision (touching their toe to the back of their calf). Their back should be straight and vertical at all times.

Vendors at the Highland Games

Pat Edwards, another organizer of the Games, notes that the camaraderie of the event also works between audience and performers, who are happy to answer questions. There are kids’ versions of the athletic contests, and the opportunity to try chanters (the fingered part of the bagpipes) and drums. “People like bagpipes!” she exclaims, “Well, some do, and some don’t.” For those who get the bug, the pipes are compelling. “Back when 9/11 occurred, my son was about nine, and he heard the bagpipe bands at some funerals. He told me, ‘I want to play bagpipes and play for all the heroes.’” Before long he had a practice chanter, and soon after that was competing.

The event also includes a Clan Village, where representatives of many of Scotland’s famed clans can help visitors trace their lineage to a branch of a clan. “It’s fun getting back to your roots,” says Lezlie. “It’s for people who have – or want to have – Scottish heritage. Pat Edwards agrees the festival is for all. “You don’t have to be Scottish to have a great time at the Games!”

Visit www.quecheegames.com/index.php/scottish-games-schedule for a complete schedule.