The Grange Theatre Puts the Art in ArtisTree 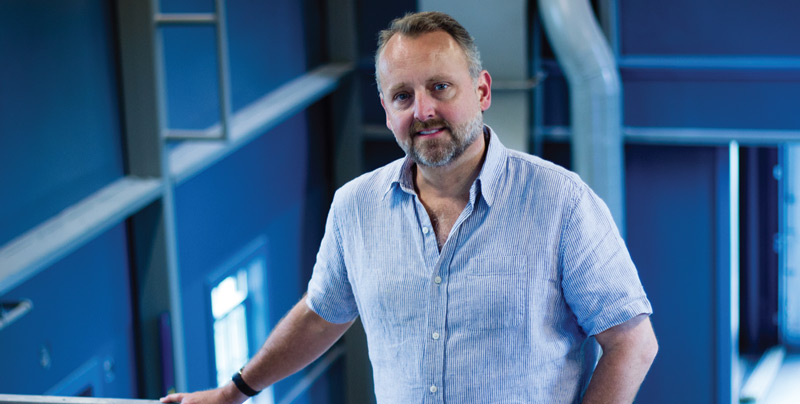 There is a new gem hidden in the surrounding hills and hollows of the Upper Valley. The Grange Theatre in Pomfret, Vermont, formerly the Teago Grange Hall, is the newest branch of the ArtisTree Community Arts Center. The theatre’s first season wrapped up in late October. Maybe you were lucky enough to see The Little Mermaid or get a seat for the sold-out Patsy Cline. If you’ve been to a show already, you were probably impressed before it even started. The old grange still looks like a well-maintained meeting hall where over the years countless couples married and community dinners were served. Now you step inside the building to find yourself in a thoroughly modern stage theatre. 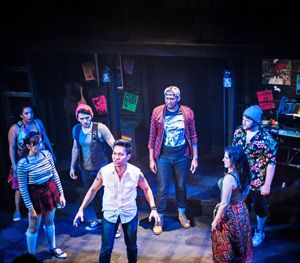 I met with Theatre Director Chris Flockton for a tour. The outside of the building is stark white and simple, with the dramatic, wide backdrop of the Vermont countryside and hills, including a view of the Suicide Six Ski Area. The foyer includes some historic pieces of the grange and an original small office space serving as the ticket booth. The main stage is small with a rear interior space and an upper level. It’s not too far from the stage that the rows of chairs begin. The 85 to 100 seats are comfy and classic red, but also removable. The original windows are still in place but have been equipped with automatic, remote controlled blackout shades. Chris tells me that foam insulation was put in the walls to keep the noise from neighbors and passerbys. Thoughtful touches like these were used in the interest of preserving the old grange as much as possible. Architect George Turner and Wright Construction helped to restore a grange hall and create a modern theatre all within the same space. The broader idea behind the preservation is that the community can still use the building for events and gathering.

Chris is happy to report that the first running season of 2017 has been successful. The season consisted of four back-to-back shows. The first was The Little Mermaid as performed by Upper Valley kids aged seven through 18 who attended a theatre camp before showtime. The musical Patsy Cline played a few sold out shows. Actors were hired in New York and given the opportunity to stay locally in Pomfret while rehearsing. The play Godspell came next with 10 actors from New York City and a six-piece band. Another musical, The Marvelous Wonderettes, will wrapped up the season. 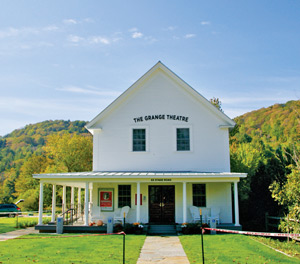 During the “off-season,” November through May, the theatre’s focus will shift to community-based projects. A holiday show, open mikes, and short act plays are in the works and sign up sheets are available for anyone interested. Chris is emphatic that anyone can call him if they have interest in any aspect of theatre work. There will also be official classes such as intro to acting, improv, and a Shakespeare intensive. Chris anticipates classes in which students of all ages can shadow a professional through the entire production of a play from casting to curtain drop.

The ultimate goals of the theatre include using the space year-round with high-quality productions summer through fall and community-based projects in the winter. Hiring, teaching, and involving Upper Valley community members is important to the mission, as well as keeping the theatre accessible: theatre tickets have not been higher than $25 a seat. All proceeds cycle back into the theatre program and the non-profit ArtisTree.

What Chris brings in experience is worth noting, his acting resume is diverse and lengthy, including soap operas (Guiding Light), voice-overs (The Fabulous Life), and some movie acting (Boondock Saints). Chris is also well-versed in teaching young children and has conducted outreach programs such as “Shakespeare in the Schools,” managing to teach 40 eighth-graders A Midsummer Night’s Dream. Chris moved to Vermont six years ago with his wife and a son who currently attend the Upper Valley Waldorf School in Quechee. 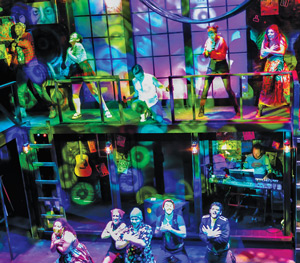 The surrounding towns and communities have just been made all the richer with this addition to the ArtistTree Community Arts Center. Those who gain the most are Upper Valley theatre fans and local kids who have an interest in theatre. There are also the countless kids and adults who will discover their love for theatre in the seasons to come. The Grange already has that magical theatre feeling, and it has only just begun.