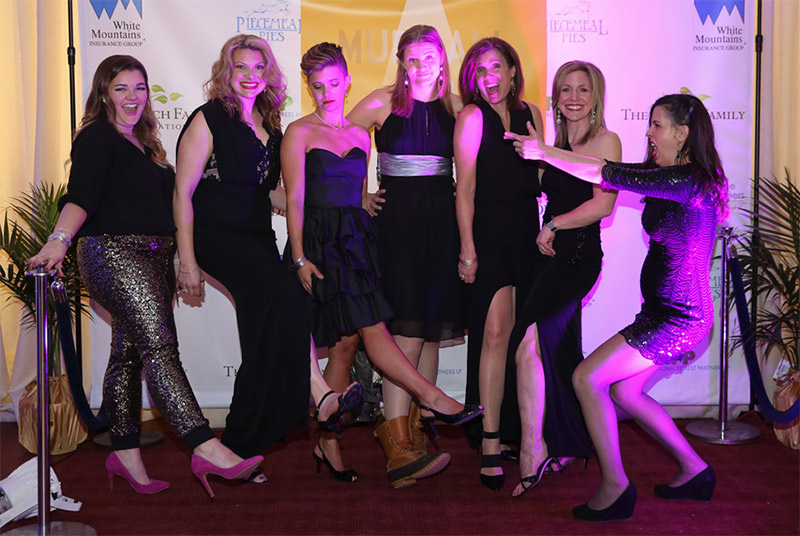 This year’s entertainment is Conniption Fits, a high-energy modern rock trio known for getting the crowd up and dancing. They maintain a highly booked schedule touring New England, and are familiar to – and popular with – many who have heard them locally in Hartford and Lebanon. Dancing to their music in the special setting of the Quechee Club is an exciting opportunity. 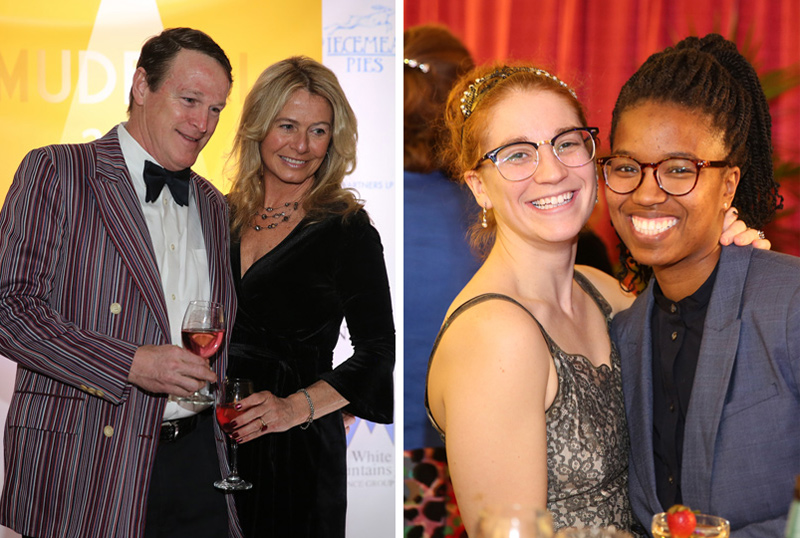 The Mud Ball is in its 11th year, says Ashley Wood, an administrator at the Upper Valley Haven, a local shelter and food shelter in White River Junction. “The Mud Ball is run by a committee separate from the Haven,” she says, “the funds raised support children’s services at the Haven – the after-school and summer programs.”

“The Ball crowd skews a bit younger,” Ashley adds, though pictures of past events show a wide age and style range. Some people do wear mud boots, though that custom was more widespread in earlier years.

“I really like that we have a meaningful impact in our community,” says Laurie Pauli of Lebanon, now in her third year on the committee. “Children are the most vulnerable, and they have no say in their situation,” she says, and adds, “The Haven does so much to support them.” Laurie has turned to Rent the Runway, an online service that rents designer dresses and accessories, to find something special to wear to the Ball, “something bright and not what you usually see in the Upper Valley.”

This event has moved around a bit, adding variety to the experience. This year’s location at The Quechee Club is, of course, popular. “The space makes the party,” says Liz Cassell of Quechee, who describes herself as “an avid attendee.” She used to be a regular but has not attended for several years, and she’s excited about this year’s event. “The bands are always excellent – great live music – and the live auction and silent auction add to the excitement. Everyone feels good because the money goes to the Haven.” Liz and her family support the Haven in other ways, including before Thanksgiving she and her young son baked pies. She also says that her eighth-grade son has a neon tie with a battery pack for flashing lights to loan to his dad. “I expect I can find earrings to match,” laughs Liz.

Do I Dare to Drink Day-Glo Cocktails?

People mixing Day-Glo cocktails might expect a nervous drop in glasses poured, even at the Ball, where the first hour is open-bar. But it turns out that Day-Glo coloring is not sinister; common ingredients like tonic water and edible substances like B-vitamins glow under black light. “I was skeptical, but then I heard about tonic – it glows blue – and B-12 is yellow,” says Ashley. “It’s just another way science operates in our favor.” 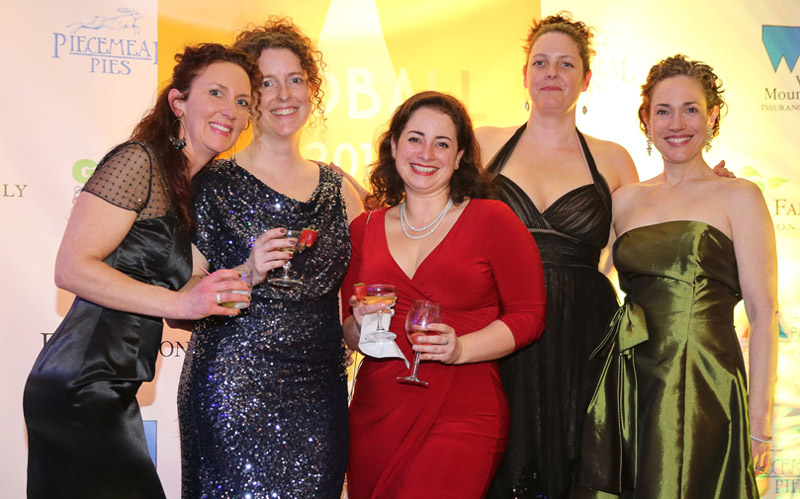 Ross Connor of Lebanon has many friends on the committee and has gone to the ball for four or five years. “The biggest piece is it benefits the Haven,” he says, but he appreciates the whole event. “The live music, the Conniption Fits, will be a big draw, but my favorite part is the live auction. There’s a really dynamic auctioneer.” Ross has made winning bids, including one for a tour and tasting at Hanover’s Morano Gelato. Other items have included vacation lodgings, high-end cooking lessons, and sponsorship of Haven kids events.

Ross hasn’t planned his outfit yet. “I’ll probably fall back on a jacket, no tie. But always my L.L. Bean boots,” he notes. Hard to dance in? Perhaps, “but”– he pauses and then claims – “I can’t dance anyway. In the boots, I can shuffle just as well.”