May 11, 2021by Khalid Mamlouk1 CommentAll, Meet your Neighbor

From Damascus to Quechee 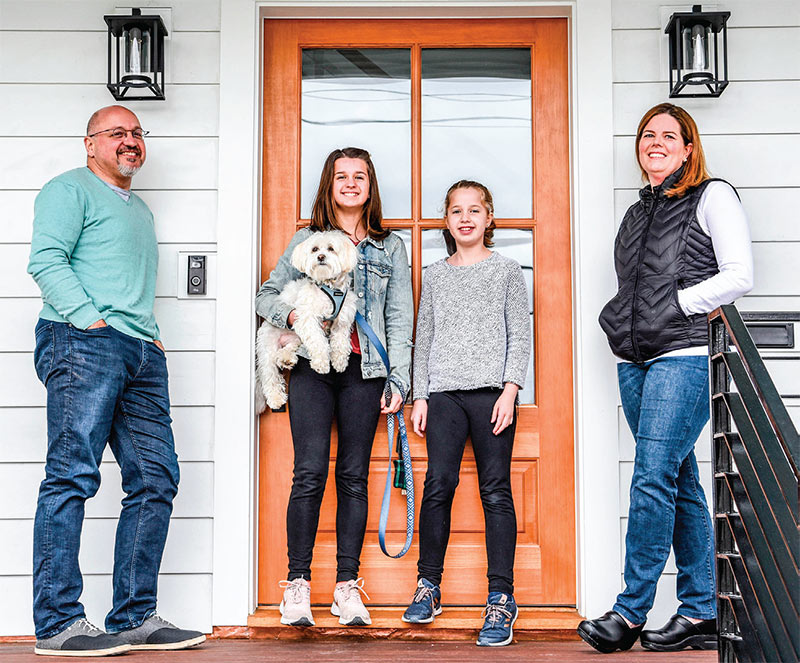 Thousands of miles away and over a quarter century ago, my journey to the US started. Reflecting on that journey fills me with fond memories. After graduating from Damascus University in Syria with a Master’s in Pharmacy and Pharmaceutical Chemistry, I decided to follow my siblings’ footsteps and move to the US to pursue a postgraduate degree, and fulfill my dream of curing cancer, the disease that killed my father.

I was not sure when I left Damascus in November 1994 that my stay in the US would be permanent; and I could not have imagined my homeland would be devastated with an endless war and civil unrest.

When I arrived in Dallas, where one of my brothers and his family lived, I was picked up from the airport by my cousin who took me directly to a few parties. I was introduced in a hurry to the Thanksgiving Holiday, which happened to coincide with my arrival day. It is a wonderful celebration, seeing friends and family. I was also introduced to American football and became an instant fan of the Dallas Cowboys.

Although I had visited the US prior to immigrating here, my impression as a child was different. I became more worried about a long-term plan; would I become more fluent in English? Would people accept me, respect my culture and religion? Would they see that I am different and look down on my education? Everything was new and overwhelming, including simple tasks such as filling up the car with gas or picking shampoo at the grocery store. So many choices and such a fast-paced lifestyle.

Fast forward many years, I am now close to fifty years old. I am thankful for the many blessings in my life. I have a loving family: great wife, Christina who grew up in New Orleans and two beautiful young ladies, Claire and Lily. With the grace of God, many achievements were accomplished including getting my Doctorate in Pharmacy, working in oncology drug development and having the privilege to own a second home in Vermont.

While we have families dispersed in cities across the world like Dubai, Damascus, New Orleans, Dallas and many others, Quechee became the center of our universe. Many of our friends are here; and our families enjoy visiting our lovely community and the many natural beauties that Vermont has to offer, including the sweet, accepting people.

One of my most vivid memories is of the day we bought our house. After dropping our little girls at ski school with Paul, Christina and I stopped by the general store, on route 4 close to I-89, to buy firewood.

The store was magical; it reminded us of a scene from the movie Frozen. The salesman offered us fresh barbecue; I asked if it was beef or pork? He paused; then asked me if I was a Muslim? I was taken back by his question and thought that it is unusual to be asked, and most people would be unaware. After some hesitation, I answered yes! He was fascinated since he had never met a “real-life Muslim;” and he let me know that he was immersed in a poem book by the Rumi about the Sufi tradition; he made the correlation. This experience moved my wife and me; fortunately, for us it was not the only time we have been moved by Vermonters.

We have been so pleased to find that people in Vermont are sophisticated and different than what we have experienced elsewhere in the US. They are more accepting and curious about what they don’t know, and not as judgmental of others. That was my dream when I chose to settle in the US. My family and I aspire to live in a world that accepts our differences and embraces our diversity. This was the US I envisioned before I stepped foot in this country. I am proud to be a Syrian American, proud of my heritage, and so happy and grateful to have my family close and far and my great community in Quechee.

About the author: Khalid Mamlouk is a member of The Quechee Club’s ad hoc committee on Diversity, Equity and Inclusion. Khalid and his wife Christina, and their daughters Claire and Lily split their time between Arlington, MA and Quechee where they enjoy the Club’s offerings and many amenities such as swimming, golf, skiing and relaxing.