May 23, 2017by Ruth SylvesterNo CommentsAll, Lend a Hand 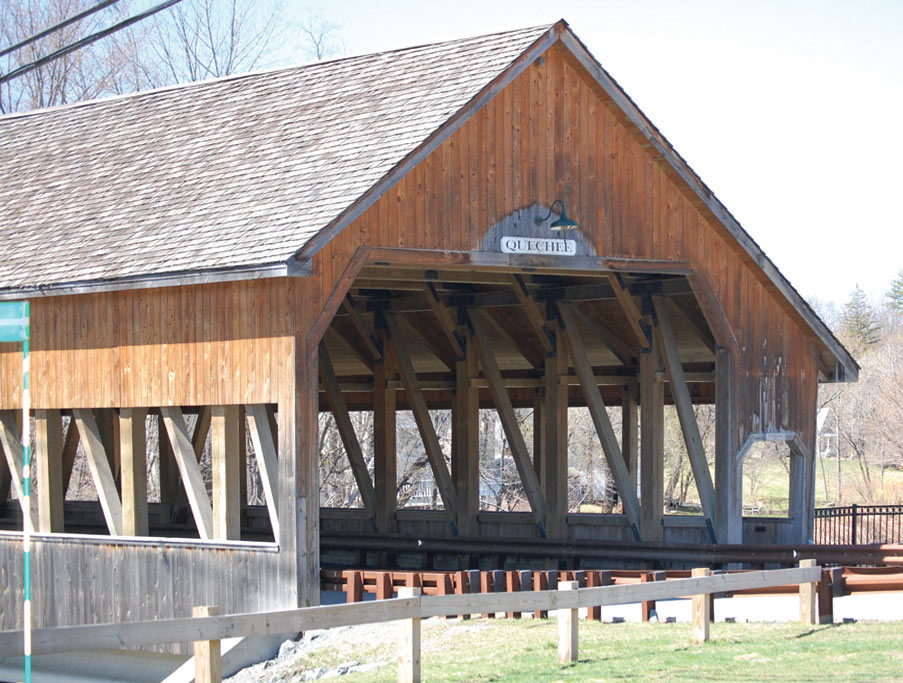 The Friends began with Dave Duval, Ted York – both past presidents of Quechee Lakes Landowners Association (QLLA) – and Michael Shankman. Kathy Hickey and Phyllis Shankman have also joined the group. Over the winter, they’ve developed plans, raised funds, and gathered permissions for flower boxes on the bridge, and planters and landscaping on the embankment.

The Friends of the Covered Bridge have selected Chippers to do the work. “They do landscaping, not just trees, and they’ll take care of the planter boxes over the winter,” says Michael. Phyllis chimes in, “Chippers is conscientious about using native species, not invasive ones.”

The embankment is not to be confused with the much-discussed pocket park that the Town of Hartford plans to install on the upstream side of the bridge this summer. But the Friends of the Quechee Covered Bridge hope and expect that their efforts will complement the Town’s work.

The group has raised enough money to execute the plan for this year. The creation and installation of plantings are the biggest expense, but they must also cover maintenance, and cleaning up in the fall. They intend to continue to raise funds for ongoing maintenance, contributing years of beauty at a welcoming gateway to Quechee.

If you are interested in being part of this effort, please email FQCB at fqcb2017@gmail.com. Donation checks can be made out to FQCB Garden Project, and sent to FQCB Garden Project Fund, Hartford Parks and Recreation Department, 171 Bridge Street, White River Junction VT 05001. Also, please include your name and return address so the town can send you and acknowledgement of your donation.