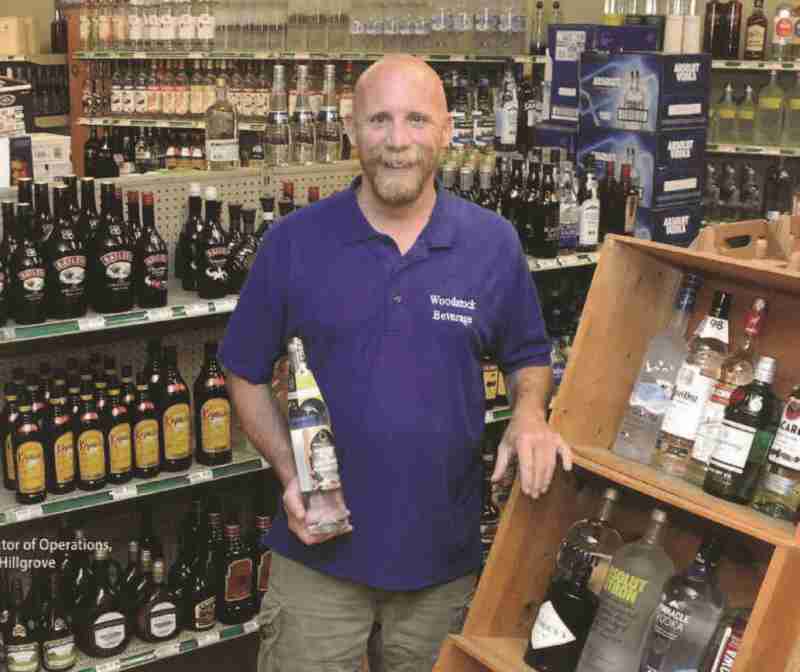 Clay Hillgrove is a welcoming and very familiar face to the members of the Quechee Club, who relied on his steady hand to pour cocktails and his knowledge of wines to stock member lockers. After 15 years at the Club, he has taken his expertise and experience to the craft beer, wine and spirits business at Woodstock Beverage on Route 4.

“My claim to fame, I guess, is my BMW motorcycle. We’ve been to every town in the state,” Hillgrove says. “And it happened by accident because I was trying to drive on every road on the highway map. I’ve got about three left to go up by the Canadian border. It’s a beautiful state.”

Thanks partly to his wandering ways atop the BMW 1150RT Sport Touring bike – on which he’s piled up 75,000 miles over the course of 14 years – and partly to spending 25 years behind the bar (15 of those at the Quechee Club), he’s amassed an impressive knowledge of wine and spirits – particularly those produced in the Green Mountain State. And that encyclopedic recall benefits the customers at Woodstock Beverage, which has been in its present location for 10 years, and where he’s worked for nearly three years.

“The previous owner, Michael McCarthy, purchased the store 20 years ago and just recently retired at the age of 80,” Hillgrove says. “I was a bartender for 25 years, and I was also the alcohol beverage buyer as well. I created and implemented a wine society there with private wine lockers, and I’ve been working with fine wine for the last 10 years or more.”

While keeping an eye on options a few years ago, McCarthy presented Hillgrove with an opportunity. “He said ‘come work for me, and when I retire you can take over,’” Hillgrove says. “So, that’s what I did. Now I have my retirement job.”

Woodstock Beverage, with its colonial feel, blue/gray exterior with bright white trim, expansive front porch, eye-catching landscaping and history as a grain and feed store, may also encapsulate a classic Vermont aesthetic. Step inside and customers are greeted by a California wine display. Just beyond, the store is lined with 18 cooler doors packed with craft beer – roughly $42,000 worth. A Vermont-product
section is set aside in the liquor agency (Barr Hill Gin remains a favorite for customers), and the registers are often run by equally engaged staffers.

“My favorite part of being in the store is talking to customers about the product,” Hillgrove says. “Because of my bartending experience, I’m pretty knowledgeable on the liquor front. But I do want to say this: I have a very small staff, but that staff is continuously going to wine seminars and upping their education on our products. I have three employees I inherited with the store, and they’re all wonderful and great, and I couldn’t do it without all of their help.”

Hillgrove says the clientele is split 50-50 between travelers headed to Woodstock or Killington in the winter, and a steady group of locals who have become accustomed to the customer service and selection at the store. “We know the majority of our customers,” he says. “We know the people who come in, and they’ll spend some time here and laugh and joke and hang out, actually.”

Woodstock Beverage is also known for its wide selection of liquors, including a number of high-end options. With a number of restaurants relying on his stock and expertise, customers will sometimes come across highly sought-after items. “Twin Farms (Resort) will come in and get a bottle of Louis XIII Cognac every couple of months, and the Woodstock Inn may purchase a bottle of 18-year-old Macallan [Scotch]. There have also been a few people who won the lottery for a bottle of Pappy Van Winkle {Bourbon], so they’ll purchase that through our store.”

In the coming months, customers may see upgraded landscaping, an interior redesign, new shelving and racks and some higher-end selections. Also – look for an increased presence online, as Hillgrove has recently hired a social media director. “These are things the new generation are looking for and how they’re doing things,” Hillgrove says. “We’re trying to take it up a notch.”

[This article first appeared in and excerpts are reprinted with permission from 802Spirits, a publication of the Vermont State Liquor Agency. Written by William Burke, photo by Jodie Andruskevich.]

« Previous post
Travel Through Our Area: From Horses to Horsepower
Next post »
A Day at Sugarbush Farm