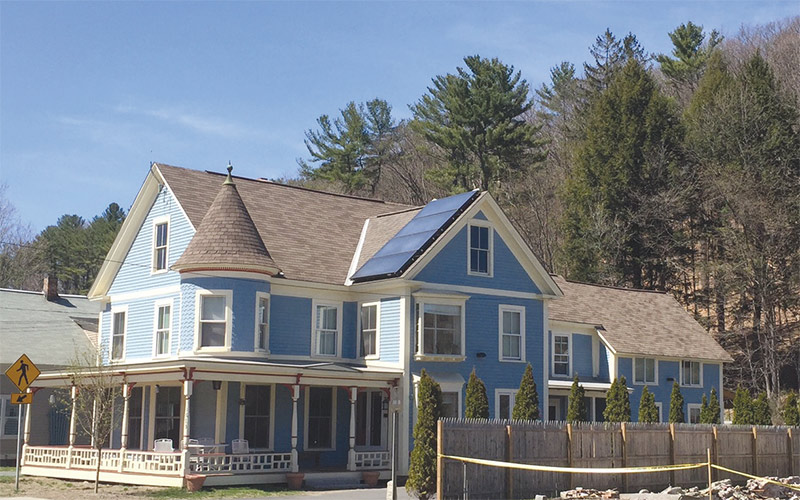 The Dismas House is a non-profit organization that was first brought to Vermont in the 1980s by Frank and Rita McCaffrey. The original Dismas House began in 1974 in Nashville, Tennessee, as a program developed by Father Jack Hickey and a group of Vanderbilt University students. The Dismas name comes from Hickey’s original inspiration–Catholic tradition Dismas is the name of the penitent, or good thief, crucified on Calvary alongside Jesus. Dismas, is the thief that Jesus saves. The Dismas House reunites criminal offenders with the community, and it has been so successful that the original program model can be found in various forms nationally and internationally.

In Vermont, the McCaffrey’s were known for their involvement in criminal justice reform. Frank McCaffrey was a lawyer and criminal court judge who has since retired, but when he and his wife, Rita, met Jack Hickey back in the 1980s they were determined to bring the Dismas program to the Green Mountain State. It was Rita who founded the Vermont Dismas, and the Hartford Dismas House, opened in March 2014, became the fourth Vermont location to open. The Hartford Dismas House supports 10 transitioning inmates at a time. Typical residents stay from 4 to 8 months while paying $75 a week, this enables the residents to find work and save money, and it also saves taxpayer money by keeping inmates from remaining in prison past their release dates due to lack of housing. 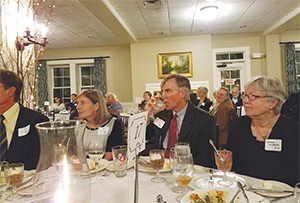 Locally, the Quechee Club has helped support the Hartford Dismas House from it’s beginning by donating food for the house’s inception party in 2014. Most recently, the Club hosted a successful dinner. It was a special night on all accounts–the benefit awarded Dan Fraser of the Norwich store Dan & Whits with the Jack Hickey Award for Dan’s support of the Dismas House. The Dan & Whit’s store has employed multiple Dismas House residents finding it a mutually beneficial arrangement that will continue into the future. Suzanne Lyons, Penny McClure, and Christine McKenna were awarded the Jonathan Sylvia Volunteer of the Year Award for their consistent volunteer work. The award dinner raised more than $20,000 in donations to be put toward winter heating and care for the home.

Previous Jack Hickey Award recipient, and current democratic candidate for Vermont’s Attorney General, T.J Donovan emceed the event. The special guest speaker was Chris Herren, a former professional basketball player from Massachusetts who was first drafted into the NBA to play for the Denver Nuggets, and later traded to the Celtics. Herren realized a dream that became unfortunately derailed by an addiction. He co-authored the book Basketball Junkie with Bill Reynolds, detailing his journey. Herren brought the same story of addiction and recovery with him to the event on October 23.

Assistant House Director of the Hartford Dismas Debbie Diegoli tells me that the event exceeded attendance and donation expectations. While the donations amounted to more than ever expected Diegoli doesn’t seem surprised by Quechee’s generosity, only completely grateful. Quechee residents have been previous board members for the house, and she tells me that there are dedicated volunteers from Quechee community. The Dismas House was sad to see the Quechee Community Church close, as they had been non-stop supporters of the program as well. 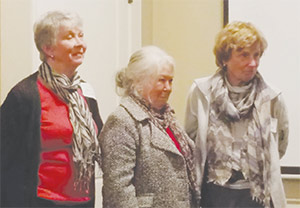 Previous to her current role with Dismas House, she was the outreach coordinator for several years. The overall resume Diegoli brought with her to The Dismas house speaks volumes for itself: she’s worked for the Lebanon Women’s Infants and Children (WIC) Program, Vital Communities, the Upper Valley Housing Coalition and Upper Valley Strong. Currently, she also serves as a member of the Upper Valley Food Co-op board of directors, and volunteers for the Weathersfield Energy Group.

Diegoli stresses the need for the relation between the Dismas House and the community. “We have relationships with all sorts of community organizations and businesses. Dismas’ mission is to reconcile prisoners with society and society with prisoners, so our connections with the community are essential.” The house is currently seeking board members and are in need of volunteers, especially cooks. More information can be found at http://www.dismasofvermont.org/hartford-dismas/.