The Bunnells Advocates for the Quechee Life 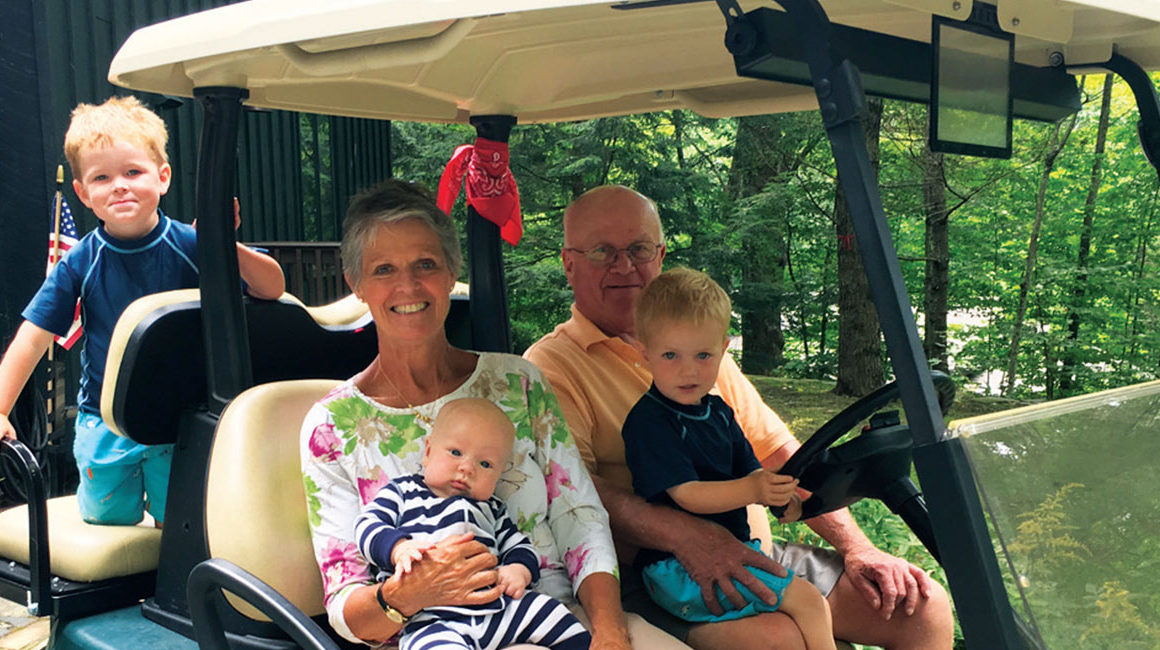 What’s better than driving up on a Thursday or Friday evening and arriving in Quechee, says Chris Bunnell one sunny summer morning as he and his wife, Liz, and three sons were about to embark on an adventure to the top of Killington via the gondola for lunch. Chris certainly knew what he was doing when he bought his home on Wheelock Road. His parents Mary and Paul “PD” live right next door. Since his parents bought their vacation home in 2006, Chris, Liz, and siblings have enjoyed many good times in Quechee, and visited as often as they could.

The senior Bunnells moved to Quechee full-time after selling their home in Massachusetts this year. It was a gradual process for Chris and Liz to purchase a home here. Marriage, then children, mixed with full-time careers, and then says Chris, “An opportunity presented itself,” so the young Bunnells bought their own Wheelock Road haven in 2014, “and never looked back.” 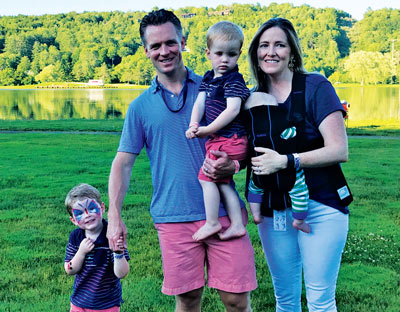 Chris and Liz with their three sons, Topher, George, and Ford

When Chris realized what a great value ownership in Quechee was, the path was clear. The beauty, the amenities and the abundance of things to do were a draw always, plus the advantage of being near his parents. Chris and Liz are ambassadors for this Quechee life. Chris calls it “brand advocates.” They now have several friends and families who have bought homes in Quechee. And a few more they have influenced to rent. That means a bit more social life including “adults” only time.

To get that adults only time, the Bunnells have found Quechee Club staff to help with childcare. “It’s easy as we use the pool and other programs, and the staff get to know us. I feel like it’s safe for our children because of this,” he said, and “everyone is so friendly and helpful.” The senior Bunnells certainly are a great support for the young family next door. Chris’s sister, Sarah Baptie, lives in Bethel, VT, with her husband and toddler. They are often in Quechee and Chris says, “It’s just a matter of time before they buy here.” It’s hard not to share “the good life.”

Chris says that his parents knew that if they lived in a place that was attractive and fun for their offspring, they would be assured to see their children and children’s spouses and grandchildren way more than they might otherwise. Chris’s brother, William lives in West Roxbury, MA, with his wife who is expecting their first child

Last winter, at three-years-old Topher, Chris and Liz’s eldest child, could ski the whole Quechee Hill. He even has miniature golf clubs. George, at almost three, is right behind. Chris often practices with Topher and occasionally gets out on the links on his own.

Their full-time residence is in Weston, MA, and as Chris explains the neighboring clubs in the Boston area have high initiation fees and annual dues with only one real season to enjoy the amenities. “The reason Quechee has such a great value to us as a family is the fact that it offers four seasons of activities,” he says.

Once you drive into Vermont there are no traffic lights, no horn honking, no traffic and it’s a real change of pace from this family’s busy, involved and energetic week. Both Chris and Liz work full-time. Liz is Vice President of Marketing for Wolverine Worldwide – a publicly traded company that manages multiple shoe brands such as Sperry, Stride Rite, Saucony, and Merrell, as well as innovative apparel. Chris is a Wealth Management Advisor at Merrill Lynch. Both have to travel and their schedules require some clever planning; their youngest is just 3 months. One habit they maintain is that they leave their cell phones at the front door at the end of a workday for undistracted time with their boys.

Taking advantage of what Quechee has to offer

Skiing is the major winter sport for the Bunnells, and Chris serves on the Winter Sports Committee. The new Quechee Club pools are a huge asset for the Bunnells. Topher and George take swimming lessons from the recreation staff. Chris is also on the Fitness Committee and works with them to evaluate and improve programs and explore other services. 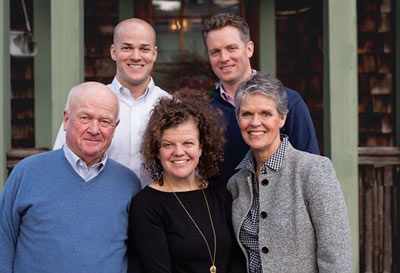 Club events and programs for the younger set such as Ultimate Frisbee and Laser tag will attract the Bunnell boys very soon. They love other Quechee Club events such as the Cardboard Box Derby, Easter Egg Hunt and Après Ski gatherings. Fireworks are a big hit. “An expensive club expense, but worth it,” Chris says, and adds, “The new Après Ski arrangement (kids in the main dining room with their own food and entertainment) works like a charm. The kids are entertained while parents listen to the music and socialize with their friends in the Dewey’s deck area.

Chris put his name in the hat to sit on Quechee Lakes Landowners Association Board of Trustees. He did not win the seat in this July election in 2017, yet he knows he has many years ahead and will seek the next available opportunity to be a trustee on the club board. In the meantime, Chris continues to serve as a volunteer. He was active on the search committee for the new general manager.

He also contributes his time and talents to The Quechee Lakes Landowners Association Charities Board. In June, he could be found driving a golf cart around the courses for the Children’s Hospital at Dartmouth-Hitchcock (CHAD) Golf fundraiser organizing rides and cover for the various stations.

Another happy family who are delighted with their membership in the Quechee Club and all that comes with it.